WHO and the Council of Europe 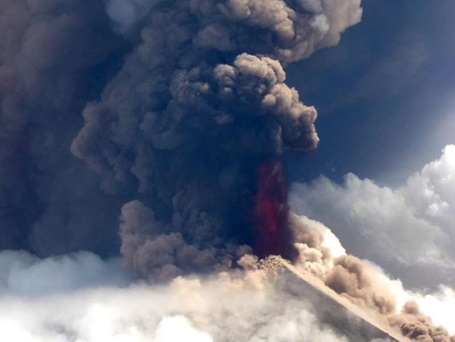 Please let this document be translated in many languages and be handed over to the right places. The German language document you may find here!

An IPCC Special Report on the impact of global warming of 1.5°C above pre-industrial levels and related global greenhouse gas emission pathways related to strengthening the global response to the threat of climate change, sustainable development and poverty eradication efforts. Introduction, etc.

Extract from the Internet: Communal Bank

The Communal Bank GLS EC is a loan bank and according to own information the first ecological bank of the world.

If you consider the above-mentioned IPCC special report as pdf. File on the Internet, then one should actually notice quite clearly, that the report has quite a lot of matches with a prescription and the side effects of a drug.

The only question is, who actually prescribed this "recipe" and on what basis did this special report from 2018 come about?

The SPM lists knowledge gaps related to the underlying chapters of the report, and so my person hopes for the authors of this report that, this extensive work has been created and carried out to the best of their knowledge in connection with the development of climate change.

Now the EU wanted to set the framework conditions for CO²  emissions and so herewith comes the question of all questions of my person:

How, where, when and in which state can these measurements of the greenhouse gas actually be "fixed", when the atmosphere knows no boundaries and thus our common atmosphere, including but not exclusively CO² limits, what is boundary transcending?

There are increasingly stormy winds that can not only develop within a state, but often come across the world's oceans, and thus the CO² or other gases as well as dangerous particles that are already in the atmosphere caused or may have been created by other states, and thus not only the car exhaust gases will be the mainstay in the measurements.For example, large errors could occur in measurements of the air or airspace of one state, in which one state is asked to pay up but the other state has caused the damage.

The talk of the planned framework conditions in the event of a breach of the Treaty or if the permitted limit values were exceeded within a certain period of time was a sum of EUR 30 billion, if my person were properly informed.

Of course, one also wonders how and according to what criteria one can calculate a guideline at all, since no one will know how many large forest fires will occur in the foreseeable future, for example, and above all, how many and how large volcanic eruptions will be there in the future.

In addition, there is the huge volume of aircraft and thus the fuel kerosene in the atmosphere, which has at least already significantly damaged the ozone layer, alone through the state of China, whereby the large luxury liners also pollute the atmosphere of the world's oceans * and thus the atmosphere from all sides is increasingly ingested by their air pollution.**

Quite apart from that, the global industrialization and smoking of chimneys is far advanced, especially now in India and China and is progressing with giant strides.

So your bill simply can't add up; this is clearly recognizable to my person, especially since it will become increasingly clear, that due to the age of earth, however, additional heat could come directly from the earth due to the overexploitation and restructuring of the earth's crust..

And if you also have to deal with the Arctic and Antarctic and the increasing melting of ice, then you should at least be able to realize as a scientist, that the calculation was made without the host, because it is known that gases such as methane are released extensively by the ice melt.

One thing can certainly be predicted; the Earth will not remain a livable space for humanity for very long even in this way.

Conclusion: Only one (King Juergen) can be in charge worldwide and this saying must be absolutely true; it must be bound to the truth, for only then and only then would there be no reason to panic!

My person cannot believe in your and other people's goals and framework conditions and, above all, in the well-intentioned calculations of the expected global warming, since nuclear waste and thus a lot more are quite simply unpredictable.

So I prefer to rely on my clear common sense, which was formed in my person by my ancestors, which seems to have been lost quite clearly by many of you!

Of course, as a young person, it is still better to keep the Fridays for FUTURE in order to exert pressure at least for the set goals and the fulfilment of the contract, than to watch as others as the end users waste the remaining time pointlessly at the expense of the future of young people, what does not look like good without the above-mentioned truth finding!!

This and much more cannot be too difficult to understand* for a current American president or for an Iranian, North Korean, Chinese, Russian, Arab or for example a Turkish ruler!

Notices: Every person is bound logically to one`s roots and therefore the truth can be proved at the end of the time, if according to the truth report was filed and witness was born to reality, you partly terribly ill spinners, you!

HP:  The corresponding right path and progress in the matter and commission of our all Lord would not change anything for a Christian in the decisions and given requirements made so far of my person, since my planned time span has long been exceeded, which does not mean that a person of different faiths the hardship and the severity in the matter will not get to know!

My person has to publish this document on one of her homepages!